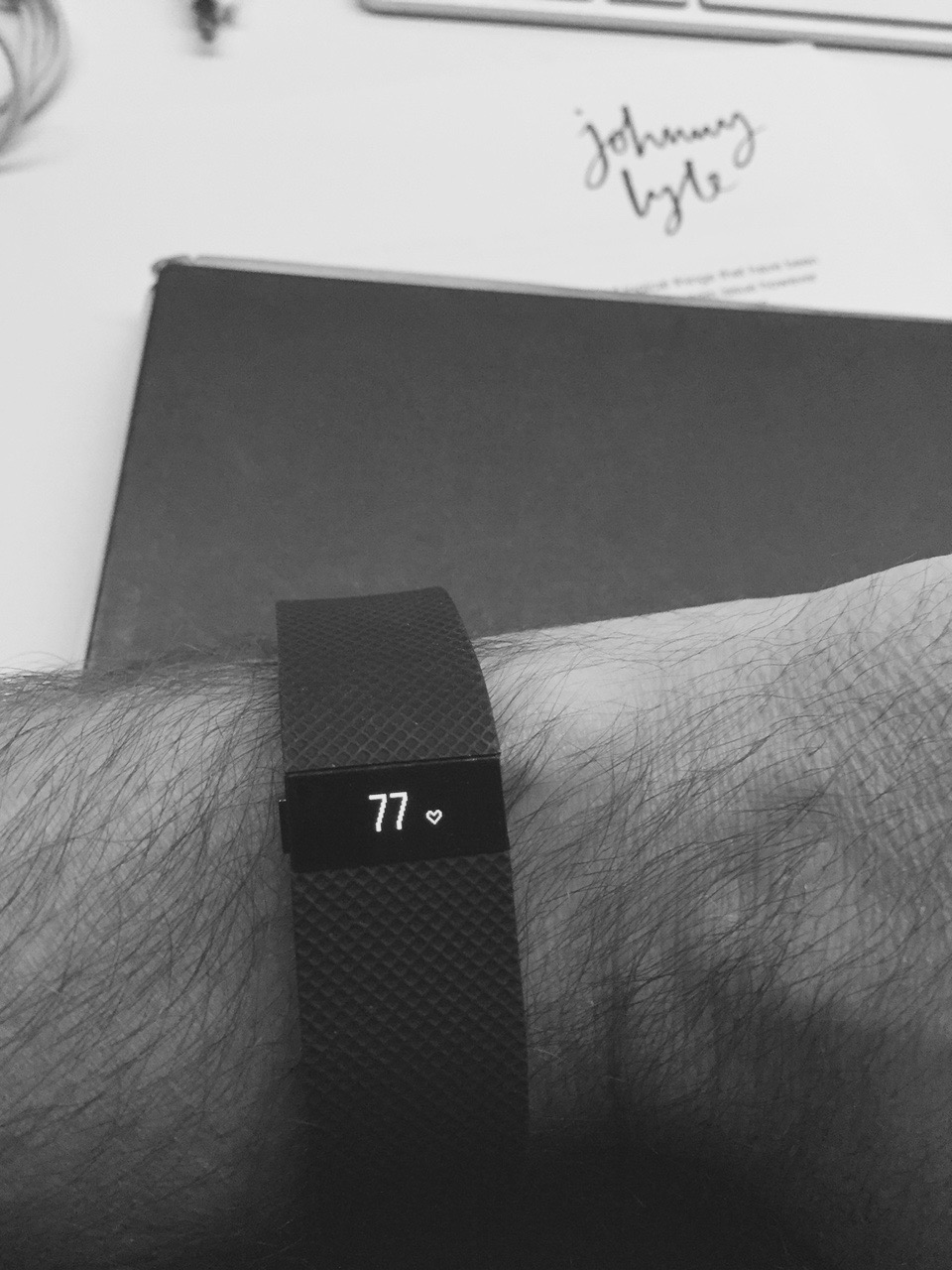 Having just come back from holiday with my Brother and sister-in-law, who was a little obsessed by her Jawbone wristband, I decided I had to have one too. After a little research and reading lots of other reviews, I settled on the Fitbit Charge HR as I wanted the Heart Rate monitor too. I have now had it for a week and initial impressions are that it is everything I was hoping it would be. 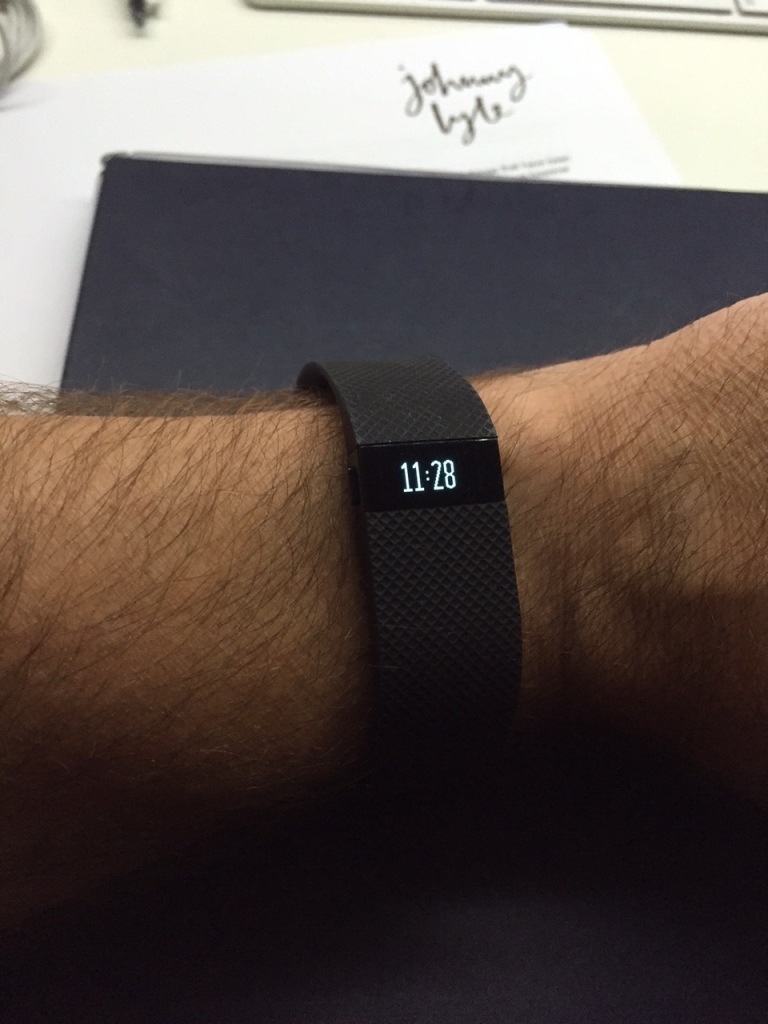 At first, I thought it could sit alongside my watch, maybe even on my other wrist. This was my first mistake. Unlike the Jawbone, it has to sit squarely on your wrist as it uses an optical technology to read your heart rate and must sit flat. The Jawbone is a little more like a loose bracelet and can sit above or even below a watch. But as it has a watch on it anyway, this isn’t a problem.

Setting it up was quite simple. The box tried to point me towards the website and syncing with my Mac, but after a few minutes faff, I went to the App Store and just downloaded the App. This was far simpler and almost instant to set up. I can now look at any of the data almost instantly on my phone.

In use, it has measured my resting heart rate a little higher than I believe it to be, but hopefully that will be the encouragement I need to get off my backside and do more exercise to help reduce it.

It measures your sleep too. Again, not sure how accurate this is, but it’s quite funny and a little interesting. Apparently my average time to fall asleep is 1 minute.

Battery life seems good enough. It is certainly 2-3 days as minimum, even in ‘new toy’ mode when you can’t help but look at it all the time. the battery display is on the App and this does perhaps read a bit more negatively than real life usage suggests. It looks like the battery is half dead but then still plods on without charging.

As per the Apple Watch, you have to give it a bit of a flick or a tap to bring the screen to life. I’m not quite sure whether the setting for this should be for my dominant hand or my non dominant one, but either way it does need a pretty hearty flick to be able to see the time. Not ideal for subtle glances in meetings.

Exercise tracking is excellent. You do need to tell the App you’re starting, but then it fires up the phone’s own GPS to track it and apply it to a map and display speed, distance, heart rate and all sorts of additional data. For me this is better than using something like MapMyRun alone as I have been doing previously.

Wearing a watch 24 hours a day should be weird, but it’s not. It hasn’t been irritating or itchy and it’s very, very light so you do forget you have it on. I’m not quite a raving fan yet, but I certainly like it and think I made the right choice of product over the others I tested.

I like it. It doesn’t do anywhere near the number of functions of an Apple Watch and it has replaced my beloved mechanical watch for the time being. The acid test will be if I’m still wearing it in a year and I am fitter and weigh less. Let’s see, I’ll report back. It’s £119 in most places and £109 on Amazon. See The Fitbit Charge on Amazon here.

Elsewhere on this site

Links to our other sites